Biography
Christopher D’Olier Reeve was an American actor, best known for his role as Superman, a film director, producer, screenwriter, author, and activist. While competing in an equestrian competition in Virginia on May 27, 1995, Reeve was thrown from his horse, becoming a quadriplegic. Despite this, he lobbied on behalf of people with spinal cord injuries and for stem cell research after his accident. He founded the Christopher Reeve Foundation and co-founded the Reeve-Irvine Research Center. 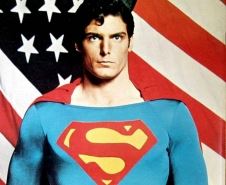 Born in New York city on September 25, 1952, Reeve found his passion in acting at age nine when he was cast in an amateur version of the play The Yeomen of the Guard. Reeve attended both Cornell, graduating in 1974, and Juilliard, where he and Robin Williams were the only two auditions accepted into the Advanced Program.

Reeve’s acting career took off, first cast as Katherine Hepburn’s grandson for the Broadway play, A Matter of Gravity in 1975. Graduating to film, Reeve became the new Clark Kent in the Superman franchise from 1978-1987. During this time he also served as a track and field coach at the Special Olympics in 1979, using his celebrity status for good causes. He also starred in several popular films and plays. In the late 1980s, Reeve started taking horse riding lessons and trained five to six days a week for competitions. He built a sailboat, and as a licensed pilot, flew across the Atlantic twice. He also enjoyed scuba diving, skiing, windsurfing, cycling, gliding, parasailing, mountain climbing, baseball, and tennis.

On May 27, 1995, after accepting an invitation to the Comonwealth Dreesage and Combined Training Association finals in Culpeper, Virginia, his horse started to make the jump, but suddenly stopped. Reeve held on and the bridle, the bit, and the reins were pulled off the horse and tied his hands together. He landed headfirst on the other side of the fence, his helmet preventing any brain damage. However, the impact of his 215-pound body hitting the ground shattered his first and second vertebrae, effectively severing his skull and spine. Surviving a second surgery to repair his neck vertebrae, Reeve started rehabilitation, learning to use a powered wheelchair by blowing air through a straw. He had occupational, physical and respiratory therapy, the last of which triggered his competitive edge to breathe without a ventilator.

Leaving rehabilitation in 1996, Reeve hosted the Paralympics in Atlanta and appeared on the cover of TIME on August 26th. He co-founded the Reeve-Irvine Research Center which is now one of the leading spinal cord research centers in the world. He also created the Christopher Reeve Foundation (now known as the Christopher and Dana Reeve Foundation) to speed up research through funding and to use grants to improve the quality of lives of people with disabilities. Reeve made his directorial debut in 1997 and produced and starred in Rear Window, winning a Screen Actors Guild Award for his performance. His autobiography, Still Me was published in 1998 and he won a Grammy for Best Spoken Word Album. He would also appear in the Superman television show Smallville.
Get Started
Learn About Our Services
Find a Provider
View Profiles, Videos,
Maps & More
Recreation
Participate in Activities
for Children & Adults
Report Abuse
Report Incidents of
Abuse & Neglect
Government Websites by CivicPlus®
[]