Biography
Prince Rogers Nelson is an American singer, songwriter, musician, and actor. Famous for changing his name four times, Prince recently became known for another reason - his epilepsy that he had as a child.

Born on June 7, 1958 in Minneapolis, Minnesota to a pianist father and jazz singing mother, music came easy to Prince. Suffering from seizures as a child, Prince kept it a secret from the media until the late 2000s. He also dedicated a song about his life with epilepsy in “The Sacrifice of Victor.” 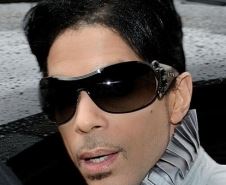 After graduating high school, Prince recorded tracks for his cousin’s band 94 East. By the next year, in 1976, Prince was signed by Warner Bros. Records at the age of 17. His first album, For You, was released in 1978 as Prince produced, arranged, composed, and played all 27 instruments on the recording. That was followed by Prince (1979), Dirty Mind (1980), and Controversy (1981). Then, in 1984, Prince created the film and album Purple Rain, which became a major success. The album sold more than thirteen million copies in the U.S. and spent twenty-four consecutive weeks at No. 1 on the Billboard 200 chart, while the film won an Academy Award and grossed more than $80 million in the U.S. That same year, Prince was the first singer to achieve a simultaneous number one album, single, and film.

Deciding to take a break from touring, Prince announced that he would discontinue live performances and music videos after his next album in 1985. His album Parade, released in 1986, reached No. 3 on the charts, as he also wrote “Manic Monday” which was recorded by The Bangles. Releasing several albums and movies in the late 80s, Prince also appeared on Madonna’s album Like a Prayer, as well as the Batman movie album, which topped the charts in 1989.

Prince changed his name for the first time in 1993, when he changed it to the “Love Symbol,” also being called “The Artist Formerly Known as Prince.” He used this name until 2000, although the symbol was not embraced by most fans. After several years of obscurity, Prince returned to the stage in 2004, to perform at the Grammy Awards. That spring, he released Musicology, which won two Grammys. In 2006, he wrote and performed “Song of the Heart” for the animated film Happy Feet, and won a Golden Globe.

During his career, Prince has recorded over thirty albums and sold over 100 million records worldwide. He’s also won seven Grammys, one Oscar, and one Golden Globe. He continues to sing and perform today.
Get Started
Learn About Our Services
Find a Provider
View Profiles, Videos,
Maps & More
Recreation
Participate in Activities
for Children & Adults
Report Abuse
Report Incidents of
Abuse & Neglect
Government Websites by CivicPlus®
[]