Biography
Reynolds Windsor Guyer is best known as the inventor of the NERF ball and Twister. A legend in the toy business, Guyer went through life with dyslexia without even knowing it. It wasn’t until one of his daughters was diagnosed in her teenage years that he realized he, as well as most of his family, dealt with it.

Born in St. Paul, Minnesota in 1935, Reyn grew up as an artist. Graduating from Dartmouth College in 1957, Guyer started his career in advertising design for big name products. The invention of Twister (originally named King’s Footsie and later Pretzel), he says, came completely by accident while trying out a marketing strategy on shoe polish. Although it took four years to come to fruition, Twister was named the "Game of the Year" in its introductory year of 1967. 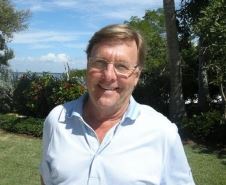 Guyer’s talents extend beyond toy creation. In 1984, the Oak Ridge Boys cut a song named "Little Things" that had been written by a songwriting friend of Guyer’s, Billy Barber. Guyer along with his daughter, Ree quickly created a Music Publishing Company named Wrensong. "Little Things" went to the top of the country music charts in 1985, followed by another in 1988 called, "Gonna Take a Lot of River." Other top hits produced by Wrensong include "Whiskey Lullaby" by Brad Paisley, "Wild One" by Faith Hill, "Stranded" by Heart, as well as albums cut by Dixie Chicks, Trace Adkins, The Temptations, Ray Charles, Kenny Chesney, Martina McBride, Reba McEntire and more.

During this time, Guyer unknowingly lived with dyslexia. When his eldest daughter, Lisa began struggling at school, he and his wife Mary took her to be tested. The results showed dyslexia, and when the doctor read the symptoms, both Reyn and Mary realized they too have reading disabilities. With the help of Arlene Sonday, all of the Guyer children ended up being successfully remediated. Because of the help, Guyer and Arlene, along with two of his children, Cindy and Tom, created step-by-step workbooks, videos, CDs, games and several teaching tools. They created the Winsor Learning company in 1997, introducing The Sonday System to train teachers to help remediate children who were behind in their reading skills. In 2000, they added Let’s Play Learn which aims at pre-school reading.

Speaking about his learning disability, Guyer has said, "My learning disabilities pushed me to discover talents that I wasn’t aware of having. It has also led me to develop products to help others who struggled through school as I did." Today, Winsor Learning is helping children across America.
Get Started
Learn About Our Services
Find a Provider
View Profiles, Videos,
Maps & More
Recreation
Participate in Activities
for Children & Adults
Report Abuse
Report Incidents of
Abuse & Neglect
Government Websites by CivicPlus®
[]